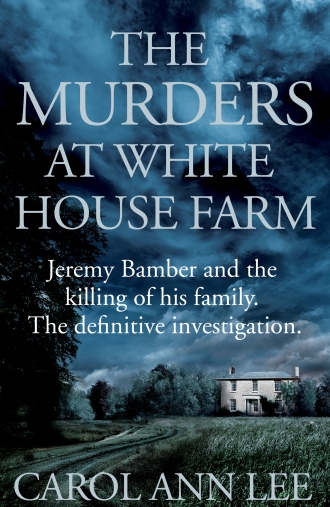 Ever since I first became an avid reader of true crime, I have been interested in certain cases over others. In the early 1990’s I began collecting a weekly magazine series entitled Murder Casebook, and it was through this that I first discovered the case of the White House Farm Murders. It remains a case that courts controversy and debate still today.

A summary of the case is as follows. In the early hours of 07 August 1985, Essex Police received a telephone call from an agitated young man named Jeremy Bamber. Bamber stated that he had just received a disturbing telephone call from his parent’s farmhouse, White House Farm, in the small Essex village of Tolleshunt D’Arcy. In the call, his father, farmer Nevill Bamber, had stated that Bamber’s sister Sheila Caffell was running amok with a rifle. The line had then gone dead, and all attempts to call back had failed.

Police were despatched to White House Farm as a result, and were met there by Bamber, who informed them that his sister Sheila had a long history of mental illness and that he wasn’t sure what she may do. As a tense siege unfolded outside, it was finally at first light that armed police made the decision to enter the farmhouse. Upon doing so, they found the bodies of Nevill Bamber, his wife June, Sheila’s six year old twin sons, and Sheila herself. All had extensive gunshot wounds, and it looked a clear case of murder suicide, with Sheila having massacred her family and then turned the gun on herself.

However, suspicion soon set in the minds of both police officers, and members of the Bamber’s extended family, that this may not have been as clear cut as it appeared. As a result of fresh evidence being discovered, the focus turned to Jeremy Bamber himself as being the culprit, with sole gain of the large family inheritance as a motive. Just a few weeks later, he was arrested and charged with the killings. In his trial the following year, he was convicted by a majority verdict and sentenced to life imprisonment. He remains imprisoned to this day, and continues to appeal his conviction, still always professing his innocence.

I picked up this book as a holiday read, and despite knowing the facts about the White House Farm Murders, I’m always keen to read a fresh perspective on any case that holds my interest. I’m known to have several books upon any single case, for example the West murders or The Yorkshire Ripper case, because I’m always impressed if I learn previously unrecorded details about one of these in a different book. I appreciate detail and research. I have to admit that I was totally gripped by The Murders At White House Farm. Carol Ann Lee has obviously and convincingly devoted what must have been months (if not years) of her life researching not only the initial police investigation, but the family background and history of the Bamber family. She offers an unbiased account, staged in a totally structured chronological order, of the case, from the genesis of White House Farm to the present day.

The amount of detail recorded here is phenomenal, almost as though she was there recording details as they happened. As a result, she has written THE definitive book about one of the most notorious, controversial murder cases in British criminal history. It is a thoroughly engrossing, detailed read, and one that I cannot recommend enough.

2 thoughts on “Book Review: The Murders At White House Farm” Leave a comment ›